Norm thrives on the challenge of applying innovative problem-solving skills and driving for results and differentiation. Throughout his career, he has sought to promote engagement and collaboration to better the underwriting community, which is evident through his years of service to Association of Home Office Underwriters (AHOU), Academy of Life Underwriting (ALU) and Canadian Institute of Underwriters (CIU). In 2019, Norm was an inductee into the AHOU Hall of Fame.

Norm grew up in Northern Ontario and received his Bachelor of Science degree from the University of Waterloo. He is currently in his 16th season as a member of the Board of Directors for the Kitchener Rangers in the Ontario Hockey League, where he served as President of the Board in 2014-2017.
Placing New Business in a Digital World* 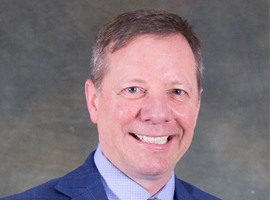